sungypsy blog The blog of Tokyo based photographer and photojournalist, Damon Coulter 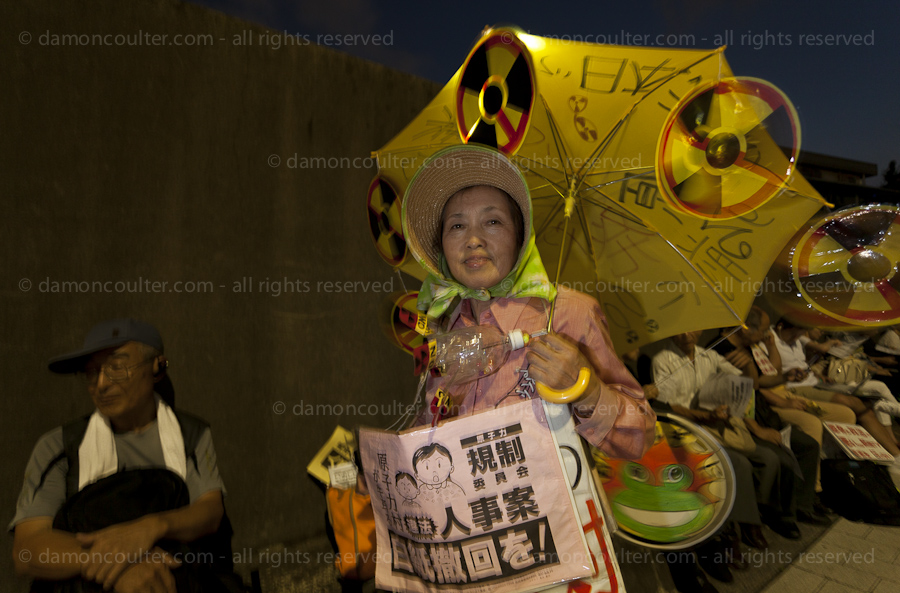 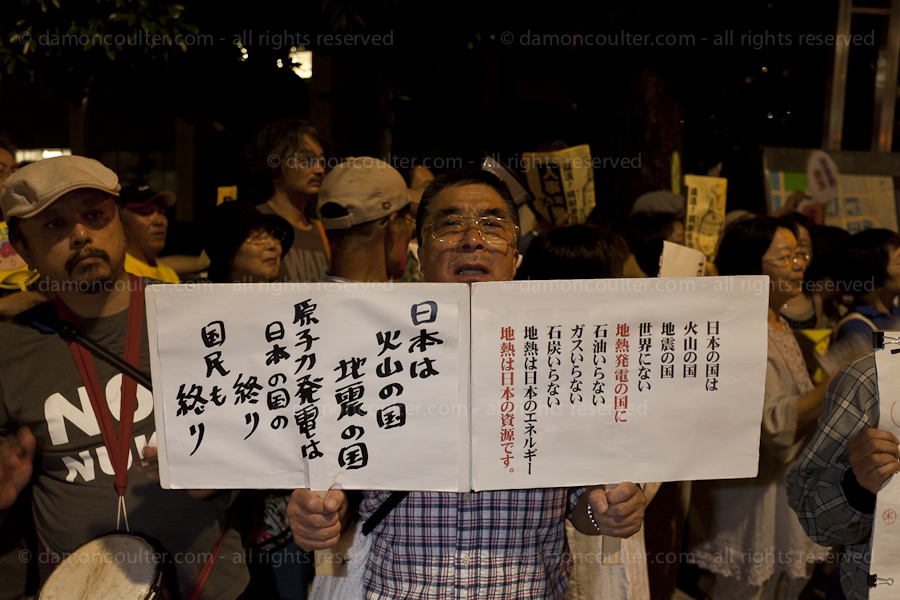 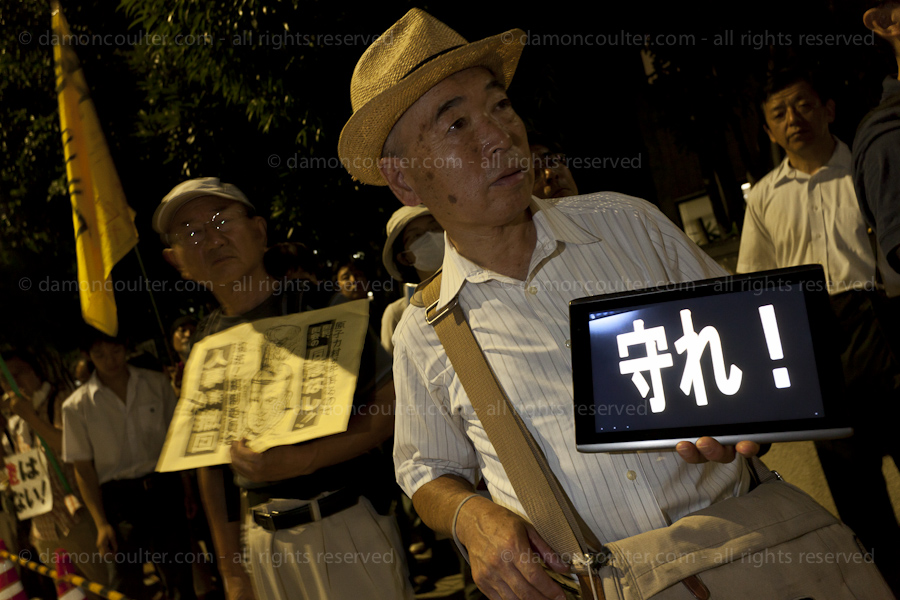 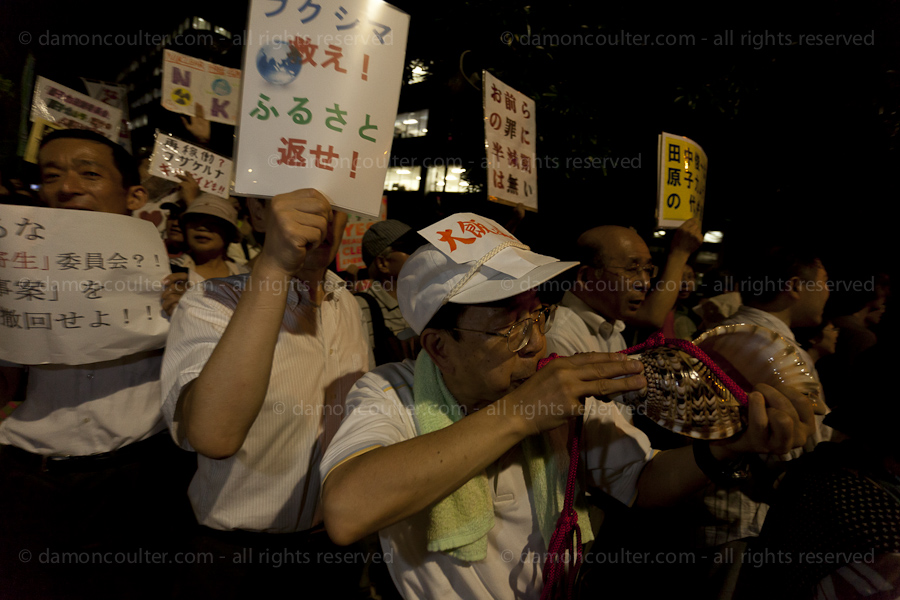 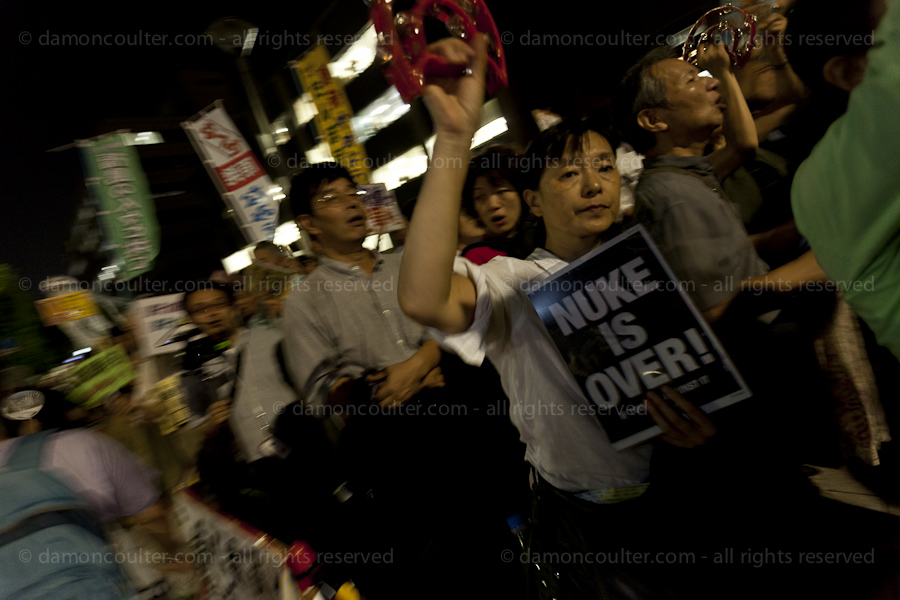 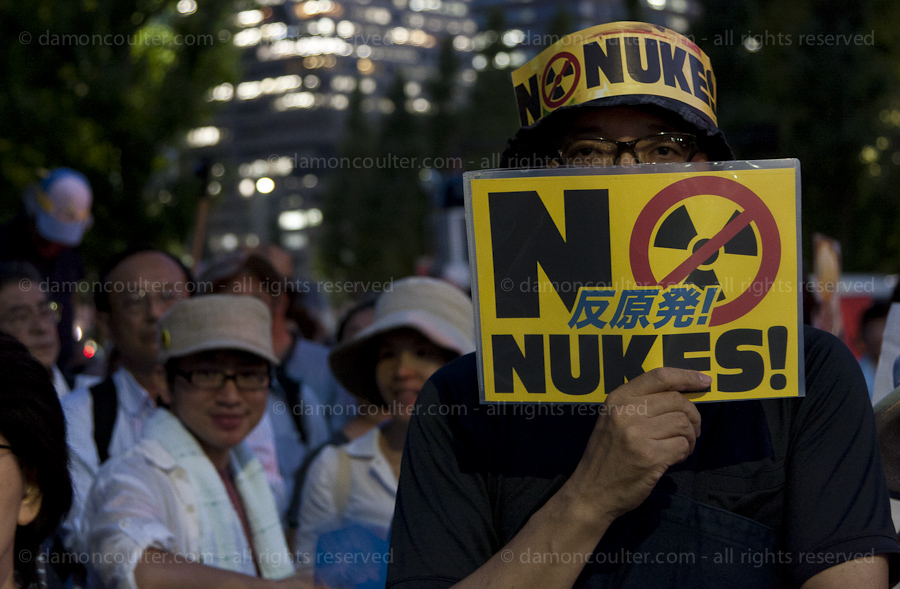 Yes I’m still here, just very busy so difficult to post as often as I would like.

The Friday night protests against nuclear power in Tokyo are still here and I go down to them occasionally to shoot some images and see how they are getting on.

It is quite amazing really to consider it is one year today since the anti-nuclear movement here set up camp outside the METI offices in Tokyo and began protesting regularly. Today they marked the anniversary of this camp with a small rally and dancing women from Fukushima apparently. I was invited along but due to other work could go, which was a shame, as I have been following the protests as often as I can even when they were threatened with eviction and seemed about to disappear . History in the making and all that. Amazing to see that they are still going strong, still  attracting large numbers of people, though not the great numbers that greeted the restarts of the reactors in Oi.

I will continue to follow the story when possible, this is Japan’s Hydrangea Revolution and though it is still more or less ignored by the Japanese media the people involved are proof that the message is getting out there and striking a chord with people who would perhaps never had protested against anything before.

These are interesting days, even a year on the anger is still hot and the the problem promises to increase creating more and more angry people.

A situation to watch for sure.

Anyway an exhausting day and more of the same tomorrow, can’t write much more tonight will just share some images from last Friday’s smaller than average protest.

This entry was posted on September 11, 2012 by sungypsy. It was filed under Japan and was tagged with Anti-nuclear movement, Japan, Nuclear power, Protest.